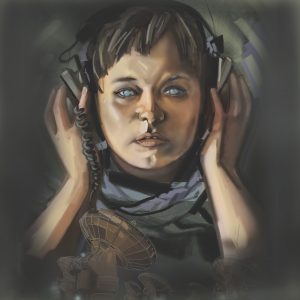 You have to fight, or there's nothing.''

On the fringes of a remote desert society, a group of teenage dissidents search for fragments of earlier civilizations still ricocheting between stars. Using antiquated 21st century radio telescopes, The Listeners risk everything to connect to a past that has faded both from memory and record. On the eve of a trial that would decide their fate, The Listeners must choose to conform, or to strike out and seize the future they want to inherit.

“The Listening Room brings out all the stops” – Sierra Bilton, Vue Weekly

“There’s no doubting the heat of the Cardiac production. It listens intently for sounds of youthful anger in the world, and connects to a revolutionary cycle that rolls on through time.” – Liz Nicholls, 12th Night 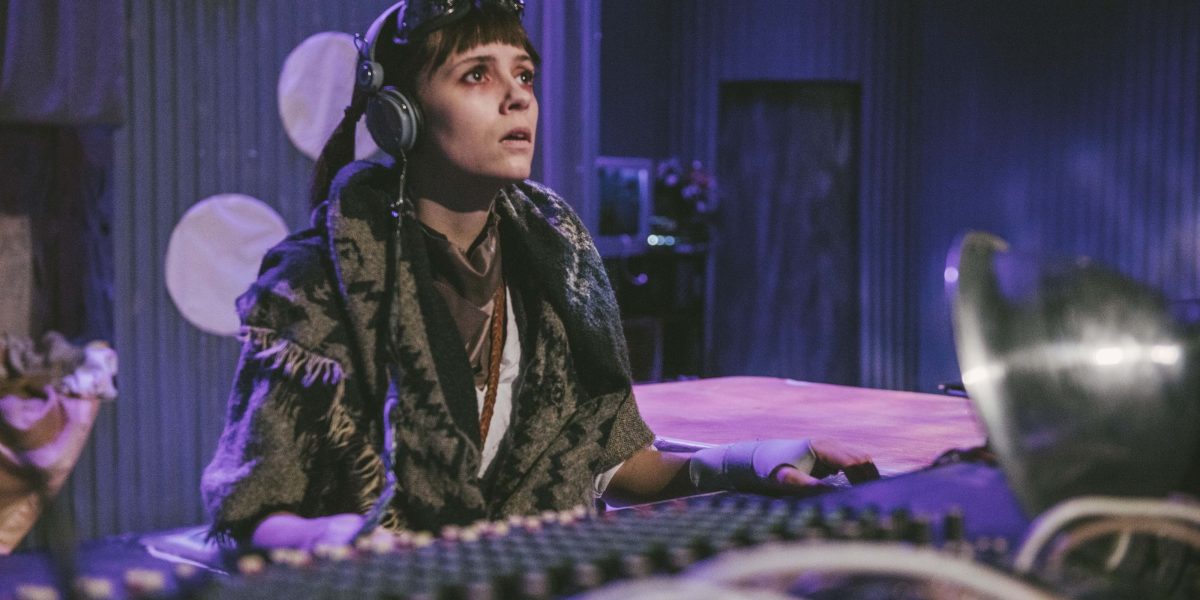 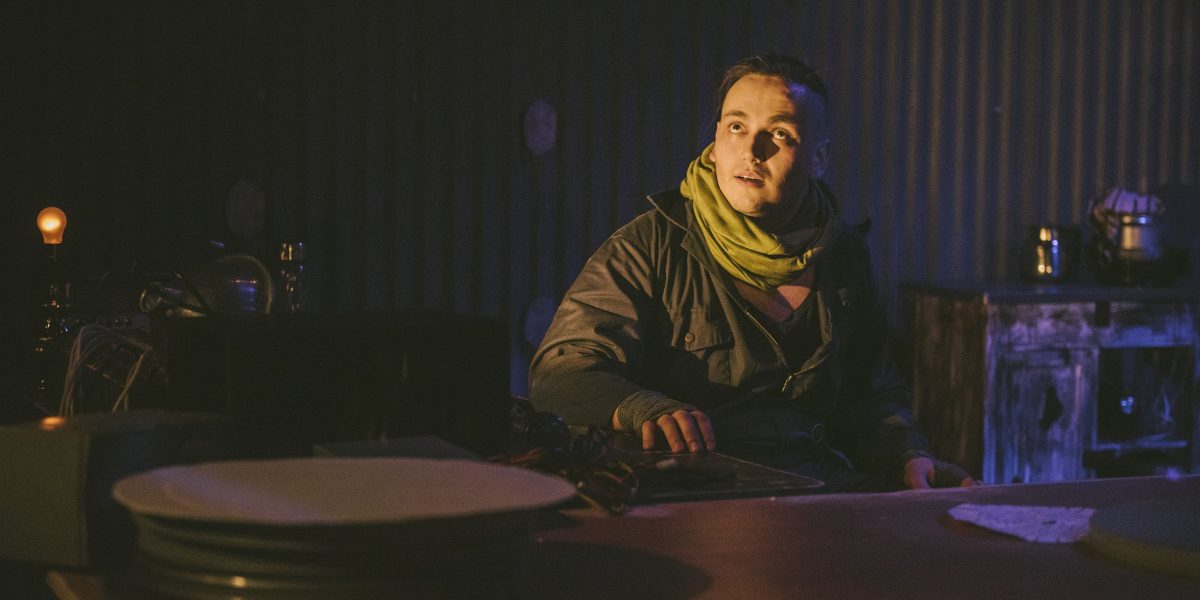 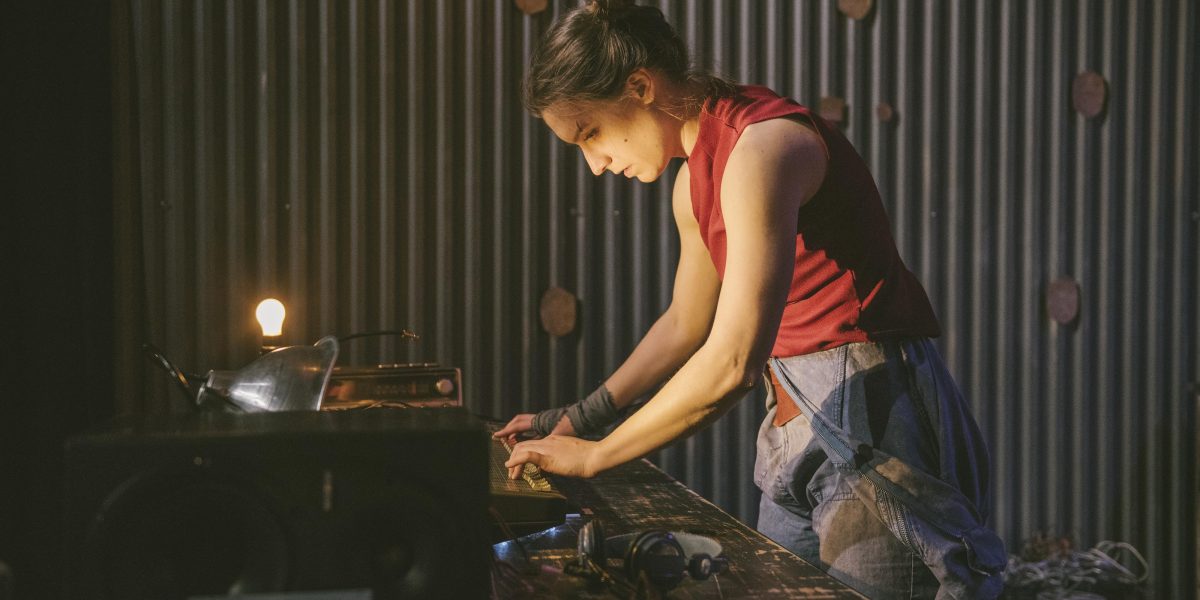 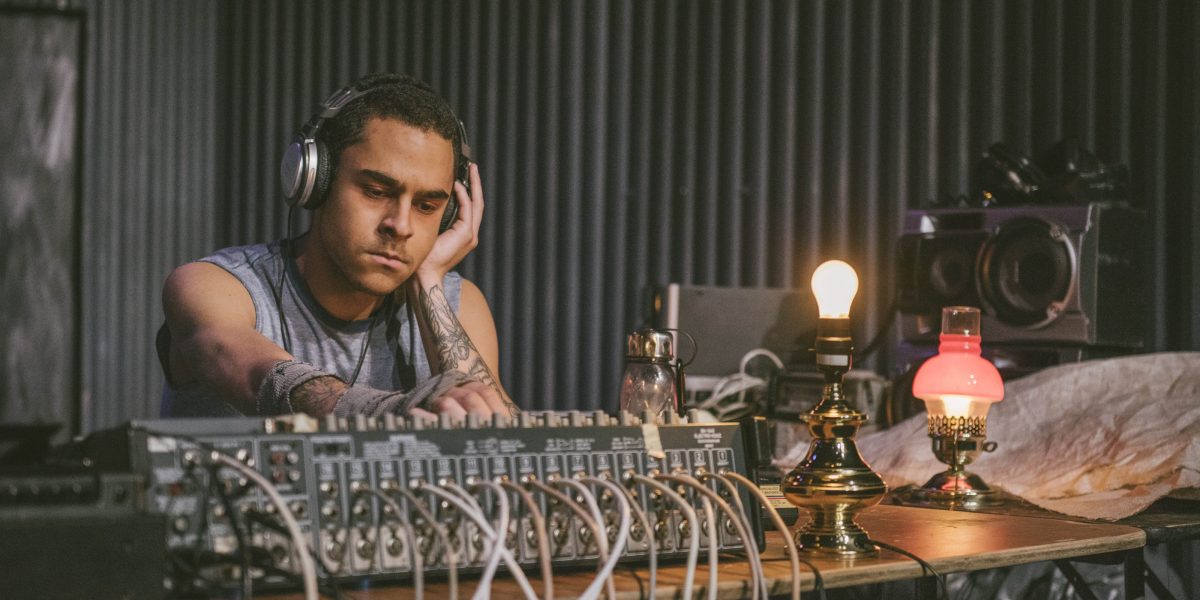 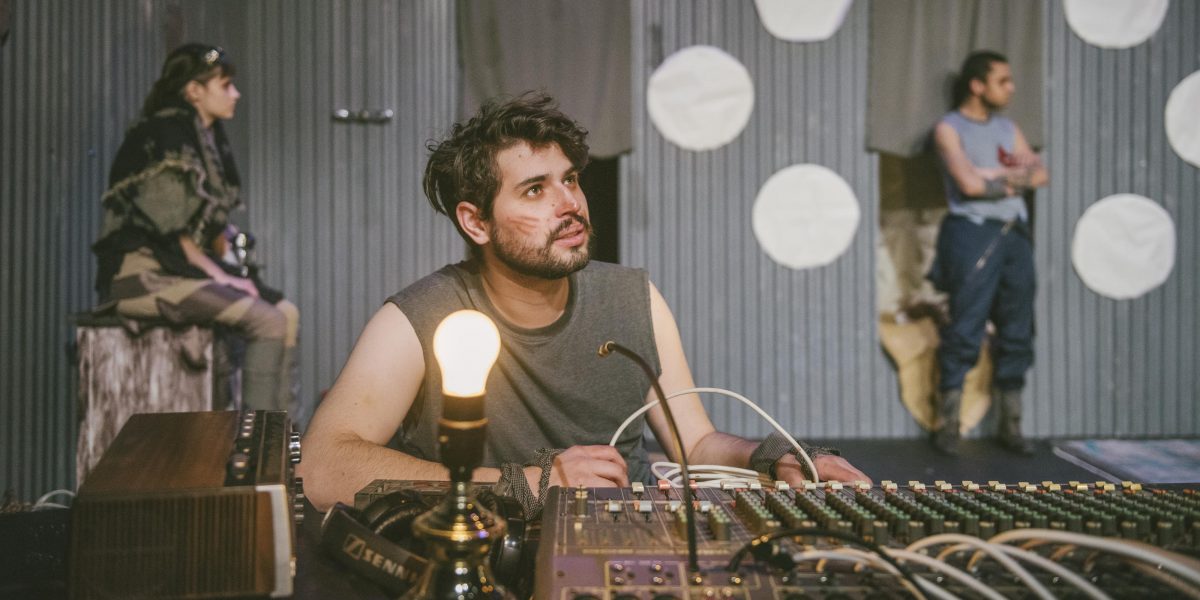 This is a Canadian Actors’ Equity Association production under the Artists’ Collective Policy. 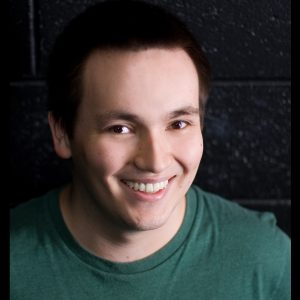 Colin Dingwall, Fayette.
Colin Dingwall, B.F.A. Drama, is an actor based out of Alberta and Co-founder of Thumbs Up Good Work Theatre. He is very excited to be working in Edmonton again, and with Cardiac Theatre for the first time.  Acting credits include; Short Cuts Festival (Hardly Art theatre); Salt Baby (The Globe Theatre); Theatre in the Pool (SUM Theatre); The Incredible Speediness of Jamie Cavanaugh (Persephone Theatre); Routes, Sprouts New Play Festival (Concrete Theatre); Working it Out (Alberta Workers Health Center); The Apartment Show, Time and Tot, Grow Up (THUGWork Theatre); Spirits of The Trail (Burning Sun Productions). Other endeavours include running Dybamic Yard Care in Calgary, and baking bread. 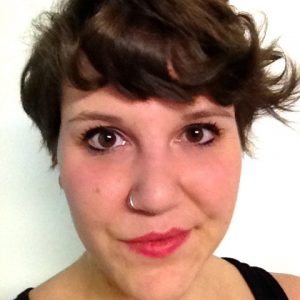 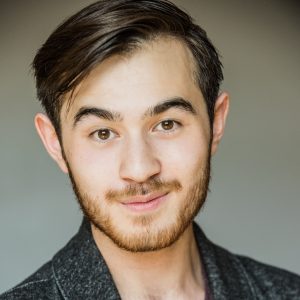 Thomas Geddes, Sound Designer.
Thomas is a Sound Designer both in Theatre and Film. A natural born Calgarian, Thomas studied at the National Theatre School of Canada for Production and is currently a student at SAIT Polytechnic studying Film Production. He is incredibly excited to have the unique opportunity to work on The Listening Room once more as a Sound Designer from when it was originally done at the National Theatre School of Canada. Thomas is happy to be a part of Cardiac Theatre’s production of The Listening Room and thanks to Michaela Jeffery for always being such a supportive friend! For Cardiac: Debut. Elsewhere: Charlotte’s Web, 1979 (Alberta Theatre Projects); TOUCH (Ghost River Theatre); Little Red (Major Matt Mason & Eric Rose); Pieces (O2 Dance Company); Soliciting Temptation (Sage Theatre); Reefer Madness (Front Row Centre). 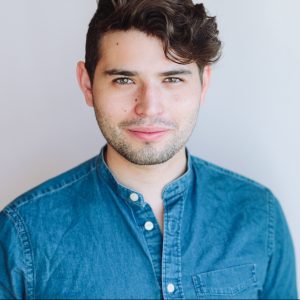 Philip Geller, Marcus.
Philip Geller is a recent graduate of the BFA Acting Program at the University of Alberta. He is the artistic director of Moplip Theatre and a founding member of The Orange Girls Creation Ensemble. Recent acting credits include: The Miserable Worm (Toronto Fringe Festival), Bright Burning, Government Inspector (Studio Theatre), and Exposing The Mould (Edmonton Clown Festival). Recent directing credits include The Skriker (ABBEDAM Productions) and Assistant Director for Dolls House (Studio Theatre). 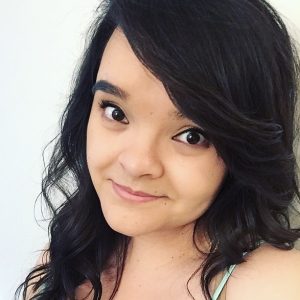 Jessica Glover, Producer.
Jessica is an arts administrator, producer, sometimes playwright, and co-founder of Cardiac Theatre. She has co-produced all of Cardiac’s shows to date, and was the Stage Manager for Pompeii, L.A. during the 2017 Edmonton Fringe Festival. Her playwriting debut, Maps to the Stars, was featured at the 2016 New Works Festival at the University of Alberta. Jessica is a graduate of the U of A (BA in Drama and Women’s and Gender Studies), and has recently completed the Arts and Cultural Management diploma at MacEwan University. 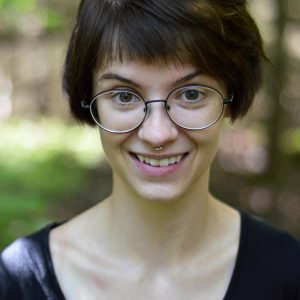 Ashleigh Hicks, Squeak.
Ashleigh Hicks is a playwright/performer/director/producer currently based in Edmonton, Alberta. She has studied for four years with the University of Alberta’s BA Honours Drama program, and has trained in clown and neobouffon at the Manitoulin Conservatory for Creation and Performance. Her latest work, fawn, will be premiering at the 2018 New Works Festival this February. 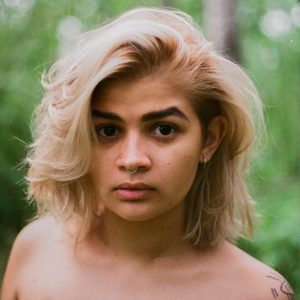 Elise Jason, Production Designer.
elise [they/them/theirs] is an edmonton based theatre designer and installation artist completing their final year of a bacherlor of fine arts in theatre design at the university of alberta. their primary interest is integrating sculpture and installation into theatre, as well as connecting with the audience through interactive, non-traditional performances and experiences. interested in working primarily with stories of queerness and the experience of the modern other, elise is interested practising and subverting theatre and visual arts upon graduation. in addition to being a theatre-based troublemaker and carbon-based lifeform, elise also works as front-of-house/volunteer wizard at edmoton’s beloved rapid fire theatre. 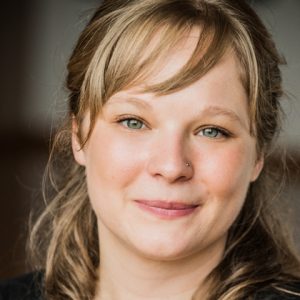 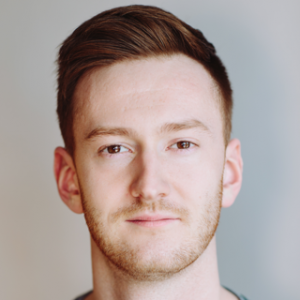 Harley Morison, Director.
Harley is an Edmonton-based director and playwright and is a co-founder of Cardiac Theatre with Jessica Glover. Recent directing credits include Pompeii, L.A., Peter Fechter: 59 Minutes, Pacamambo and Hot Mess for Cardiac Theatre; Orestes 2.0 for ABBEDAM Productions; and assistant director on Adult Entertainment and The End of Civilization with Punctuate! Theatre. His plays include Razz the StarChild and The Young Revengers’ Society. Harley holds a BA (Honors) in Drama from the University of Alberta and currently works as the Operations Manager for Theatre Network and is thrilled to be directing The Listening Room. 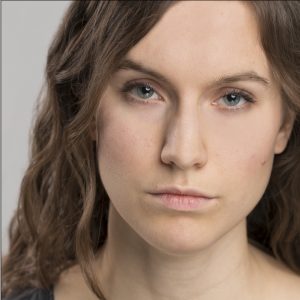 Carmen Nieuwenhuis, Lanolin.
Carmen is an Edmonton based theatre/movement artist and is absolutely delighted to be working with Cardiac Theatre on The Listening Room this winter. Recent acting credits include Prophecy (Impossible Mongoose), Antigone, Hamlet (Bleviss Laboratory Theatre), Mar and Briefcase in Office (Play the Fool Festival), The Lobbyists (Chinook Series), One of Us Must Know (Dirt Buffet Theatre), Beyond Therapy, A Midsummer Night’s Dream and The Kaufman Kabaret (Studio Theatre), Deadmonton (Allspice Theatre), The E-Town Clown Cabaret (Fool Spectrum Theatre). You can also catch her creating flash theatre events in Edmonton at site specific crosswalks and parks. Carmen is a graduate of the BFA Acting Program at the University of Alberta. A huge thanks to her fiancé Emmanuel for his support and love. 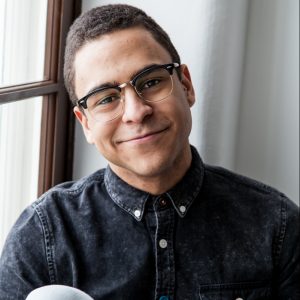 Jay Northcott, Rouke.
Jay is a multidisciplinary director, playwright, puppet maker, solo performer and advocate for racialized and marginalized artists. They are a graduate of the University of Lethbridge, from there they went to calgary and called it home for the time being. Jay is also terrible at writing bios for shows. Jay’s has been mostly directing these past few years, Favorite credits include: Girls!Girls!Girls!, City of the Broken (Theatrextra), All that’s Left, The Cows (Ignite! Festival). Acting credits: Saddest Dance Party Ever, Light Skin Dark Skin (Swallow a Bicycle) Carrie the Musical, Rocky Horror Picture Show, Lion in the Streets (University of Lethbridge). They are incredibly grateful to be working on this show with the rad humans of Cardiac Theatre. Find me on social media @nervousshipwreck